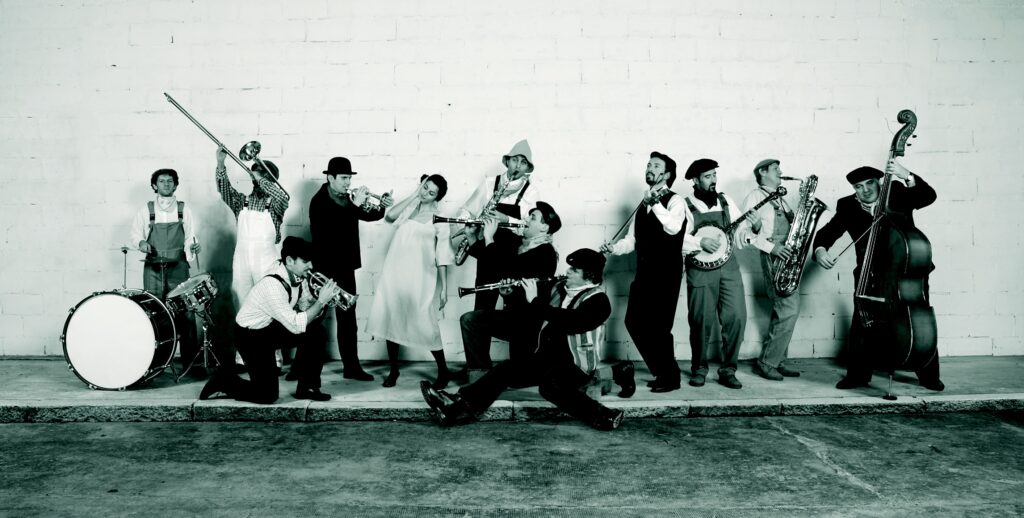 The “Oliver River Gess Band”, formed in Cuneo in 1990, should be rightfully included among the oldest Italian ensembles performing the New Orleans jazz of the early days.

​Now in its fifth lustrum, the orchestra hasn’t lost a gram of his enthusiasm and in each concert – whether it’s an international festival or a small intimate gig – maintain intact the grit needed to deal with the more difficult myth of the city of Delta: that Joe “King” Oliver whose music, wild and full of pathos, remains such a firm milestone that no hurricane van ever break. A concert by the Oliver River Gess Band transports the audience into the secrets of the Cotton Club in New York or Kansas City gambling dens, among Billie Holiday’s mellow blues or the noise of the sparkling Swing Era.

​In its first 25 years, the band has taken part in many of the most important European jazz festivals (from the French Festival of Saint Raphaël, the prestigious and renowned New Orleans Jazz Ascona in Switzerland in 1994 and from 1998 to 2003, as well as the Dixieland Festival in Tarragona, etc.) attracting the attention of Lino Patruno, a veteran of the traditional jazz who performed with the band and invited them to play in his festival held in 1999 in the small Republic of San Marino. ​The Oliver River Gess Band has taken the stage in music festivals, radio and theatrical performances. Since 1996 it is supported by a cultural Association with the same name, which aims to spread the knowledge of traditional jazz, collecting information material and listening to this genre.